I got this idea from the time I wanted to make sushi, because sushi is my favorite food. My dad and I couldn't figure out how to roll the sushi even though we had the right thing to make a sushi roll.  I gave up on making it that way, but still wanted sushi.   Instead of rolling the seaweed, we crumbled it up and tore it to look like lettuce.

For sushi, of course I had to use rice and seaweed, but for the inside I thought I'd do something where you could choose different combinations.  Carrots, avocado and cucumber are vegetables I like and taste good in sushi.  For the toppings, I got ginger, wasabi and two kinds of sesame seeds: black bamboo-smoked and plum.
One of my favorite foods was shrimp, so I decided to get mini-shrimp to put in sushi.  I also like crab and salmon, so I got those too.
I looked at the directions on the rice package and followed the directions on how to make it.
Except...that I decided to add plum sesame seeds with the rice, because in some restaurants you see little sesame seeds.
Now I had to prepare for cooking the salmon.  I put some sesame oil on the bottom of the pan to prevent it from sticking.  I could've used vegetable oil, but sesame oil seemed to go better with sushi.
I cooked the salmon with the skin-side down for a few minutes on medium-high heat.
After a few minutes, I flipped it and added some garlic to give more flavor, then let it rest while I prepared the salad part.
Now I started tearing the seaweed, because it comes in a big sheet and it's not easy to eat like that.  It also looks more like a salad that way. 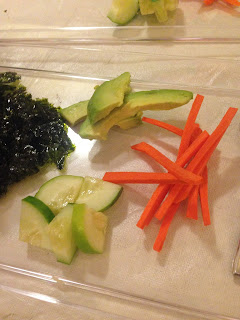 I cut the cucumber, avocado and carrot into medium-sized pieces and added them to the plate with the salad.  The carrots in a way called "alumette", or the "matchstick cut".  We got special, long plates to have all of the ingredients on.

The two kinds of ginger we had were fresh chopped ginger root that we chopped ourselves and pickled ginger from a jar.  I personally don't like wasabi, well at least the fake kind, which is the only kind I've had.  Did you know that most wasabi in America is fake, so if you've had a paste, it's not real!
I don't know if I'd like the real wasabi; it's hard to get and expensive.
I didn't want the rice to just be in a pile; I wanted it to be in a shape.  So, I looked for a cookie cutter and found a butterfly shaped one.  I pressed the rice into it and pushed it out onto the plate.
I thought butterflies should have a design, so I put the two kinds of sesame seeds in a design on it, similar to how butterflies look.
It's finally time to try what I put all the work into.  I hope someday I'll be able to figure out chopsticks...
Posted by Unknown at 1:55 PM 6 comments:

Once I went on Club Penguin and I saw a game called "Pizza Patron 5000."  There was a lever you can click to switch it to "candy mode" but they called it "cookie mode."  I thought it was more like candy pizza and would make a good idea for my blog.

I thought that a candy pizza should have a different crust, different sauce and different toppings.  I made a picture that shows what I thought it would turn out to look like.  Some early topping ideas I had were jelly beans for peppers (red & green), and coconut for cheese.  The colors of the toppings reminded me of Christmas, so we made this a holiday recipe. 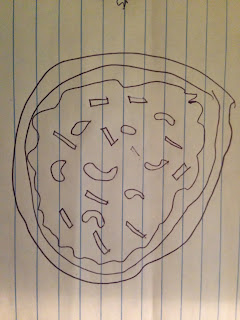 For the crust of my candy pizza, I didn't think it should be like a regular pizza crust.  I wanted to use a pastry crust, because pastries normally have strawberry or chocolate icing on them, and sometimes candies.

I used a Pate a Choux recipe from my Daddy's chef cookbook.  This is the crust for eclairs, which are made in France a lot.  I chose this because I really like French things. 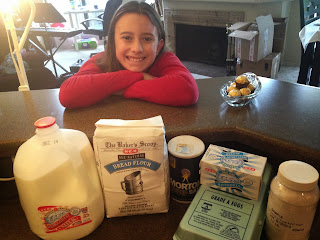 I didn't make the whole recipe because it would have been way more than we needed.  I only wanted to make a few candy pizzas, so my dad helped me divide the amount of each ingredient by three, so we made one third of the recipe (1/3).  Daddy taught me about pounds, ounces, teaspoons and cups and things to measure in.

To make the recipe, you should meet with your mom or dad and work out the numbers to make the recipe smaller so you don't have a whoooole lot of candy pizzas or one ginormous pizza.

These are the instructions from the recipe book:


2. Transfer the mixture to the bowl of a stand mixer and beat briefly on medium speed with a  paddle attachment.  Add the eggs 2 at a time, beating until smooth after each addition.  Spray pans with non-stick cooking spray and add a thin layer of batter to each pan. 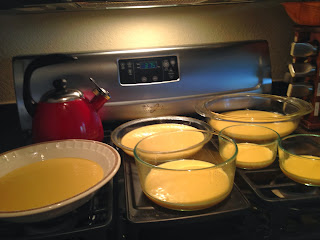 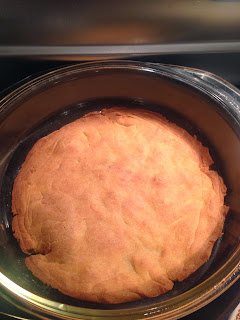 I didn't want my sauce to be tomato sauce.  It needed to be something sweet, like strawberries.

I used cranberry sauce and pumpkin butter, because I thought they would go with the holidays.  I also tried the raspberry jelly, but not the yogurt or Daddy's raspberry sauce, because it had peppers in it!  Gross!  I liked the pumpkin butter the best.  It tasted like it had cinnamon and brown sugar, and I really liked that!  (I really like pumpkin pie too.)


I used shredded coconut for cheese, because it was white and looked like cheese!

I thought that cherry sours would look like pepperoni and chocolate covered raisins would look like sausage pieces.  I had to squash the cherries, so Daddy brought me two spoons and I squashed them between the spoons.
My sister was happy to finally help, because we kicked her out of the kitchen earlier during all the hustle and bustle of making the pizzas.


But the most Christmasy one was when we chopped up red and green "fruit slice" candies to look like peppers.  I guess my Daddy finally got me to like peppers on a pizza.  :) 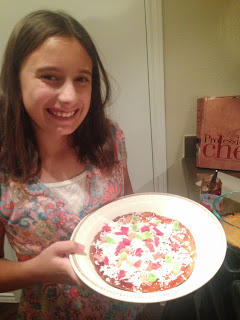 I love cherries, and my sister loves chocolate and honey, so I thought we'd combine the three things.  One year, my grandpa got chocolate covered cherries in his stocking; they tasted really good!  I thought honey would taste better than the liquid inside, so I thought I'd make this myself.

First, we got a saucepan and filled it with water, and placed another saucepan on top to make a double-boiler.  There should be a parent there to make sure you don't get hurt.  I lit the burner myself while my dad was watching.
While the chocolate was melting, I prepared the cherries.

I'm stirring the chocolate while my dad helps by holding the pan with an oven mitt.
My dad is using a spatula to transfer the chocolate from the top of the double-boiler into the mold.  This star-shaped mold was designed for ice cubes like the flower-shaped mold I used for the cherry-grape ice cubes.

We don't want the chocolate overflowing, and we need room for the honey and cherry, so don't add too much!
Put the mold in the freezer for at least 2 hours, and then, pop them out onto a plate.  This reminds me of the star above the manger, and they could be used as Christmas presents, as long as they're kept cold enough.

I had the idea awhile ago to make little popsicles from cherries and grape juice.  I thought the stems could be like a popsicle stick and you could eat them by the stem, but the stems weren't strong enough. The stems came off or it would fall over when you held it by the stem upside down.

So we decided to make them ice cubes instead.  :)

My sister Selah really likes cherries, so we let her help with this recipe.

We strained the cherry juice out of the jar, and we're going to use it to make snow cones, but that's for another recipe...

For this recipe, you need:
Our mold is a flower mold, which we got from Ikea (I think), but you can use any type of mold.  (An ice cube tray is a mold and works too!)

Since we have a flower mold, we put cherries in the middle to look like the middle of a daisy. 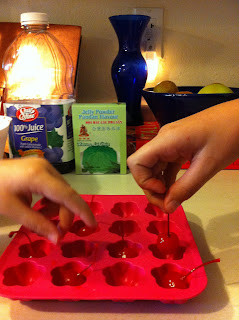 I chose grape juice for the petals.  Cherries and almonds taste good together, so I decided to add a few drops of almond extract to the grape juice.  (Daddy says it's because of "benzaldehyde," a chemical that's in both of them.)

After we put the grape juice in the molds, we put the molds in the freezer for the night, but it only takes a few hours to freeze.

We poured a can of Sprite into a glass, and put the Cherry-Grape ice cubes into the glass.  We used Sprite because it was clear, but you could also use any fruit soda, cola, lemonade, other fruit juices, and even water!

After they're added to the drink, they start to melt.
When you stir it up, it melts very quickly. I thought the color was going to change to purple, but it changed to red instead. 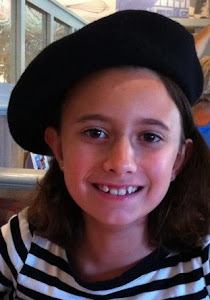 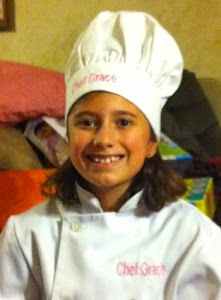 I got a new chef hat and chef coat for Christmas. 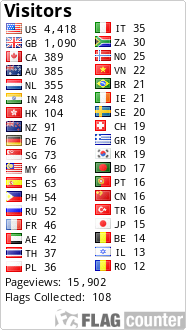